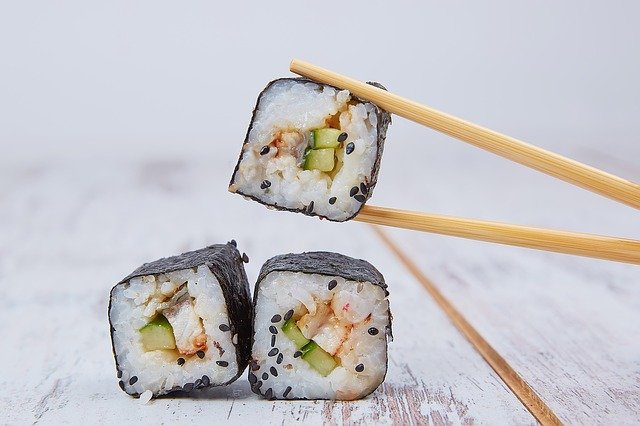 The eating process in Japan is based on centuries-old traditions where everything has a meaning and makes sense. Japanese cuisine can give us a lesson on rejuvenating and strengthening the body through appropriate food.

The Japanese diet will help you:

Although the Japanese have shown a great interest in European cuisine during the past few years, they continue to give preference to their traditional dishes, which almost always contain rice, vegetables, and seafood.

Japanese cuisine, unlike its Western counterpart, is low in calories, with plant-based proteins dominating over the animal ones. Animal proteins are almost solely supplied from fish.

What are the basic eating rules in Japan?

If you eat fast, you will consume way more food than what is mainly required. It will be difficult to realize precisely what quantity you consumed and what it feels like when you are actually full. Therefore, to resist temptation, the Japanese serve food in small portions.

The primary step that you can take towards a healthy diet is to replace the standard volumetric plates with tiny ones.

Even if you wanted to, you wouldn’t be able to put significant quantities of food into a small dish. That’s why you should follow this action plan below:

In the first week, reduce the number of portions by 1/5, and in the second week by 1/4. This way, after 3-4 weeks you will be able to make your usual portion smaller without any effort.

The second rule – Eat fresh products according to the season.

The Japanese only use the food they consider most valuable and fresh for the season. For example, at the end of the spring season, young green tea, bamboo shoots, and salmon are the best. In autumn, it is best to eat mackerel and matsutake mushrooms.

Few Japanese would buy greenhouse strawberries in autumn, merely because they are not as tasty or as healthy as when they are in season. Over the last half-century, their cuisine has become mixed with a variety of fast food variants.

These are hamburgers, popcorn, chips, and fat-soluble soups. The true connoisseurs of Japanese national traditions stand against Americanization. That’s why seaweed flavored potato chips, cod caviar flavored spaghetti, and green tea flavored ice cream have made it to the market.

The third rule – Be as close to its original state as possible.

This is another way that Japanese cuisine differentiates itself from other cultures. Local chefs strive to keep the type of fish and vegetables unchanged to create the illusion that they have not been processed after preparation.

The Japanese apply ten types of cuts to vegetables. The less time spent on cutting and cooking, the more vitamins and minerals that will be preserved in the final product. The Japanese vegetarian assortment will amaze you with its stunning variety. They also use wild plants – roots, grasses, and even algae that are rich in both minerals and vitamins.